One of the Artistic Director’s first tasks is to work with Inuit artists and elders to choose a name for Qaggiavuut’s new theatre division.

“It has always been my dream to work for Inuit, with Inuit and with creativity. To navigate through the heavy, political times of being Inuit in a colonized environment is a heavy task. Theatre is an incredible tool to be able to search for truths, to be uplifted, transported, questioned and is ­so important to meet the immense need to continuously own our inner strength as Inuit. I am feel so honoured to be chosen for this position.”  -Laakkuluk Williamson Bathory, Artistic Director, Qaggiavuut Society

“If it were not for our stories, songs, memories and great artistic skills, Inuit would not exist today. It is important that we continue to support Inuit performers and the creation of art for Inuit, by Inuit. I can think of no better person to helm this undertaking than my colleague, Laakkuluk Williamson Bathory.”  -Vinnie Karetak, Chair of the Qaggiavuut Board of Directors.

Qaggiavuut has four major productions already scheduled for the 2018-2019 theatre season. The immensely successful Kiviuq Returns will travel across the Davis Strait to Nunatta Isiginnaartitsisarfia in Nuuk, Greenland in September 2018 and to the Tarragon Theatre in Toronto, January 2019. The highly acclaimed Kiinalik: These Sharp Tools, co-written by Laakkuluk Williamson Bathory and Evalyn Parry will make a homecoming to Iqaluit in December 2018, featuring an Inuit youth mentorship programme. Each of the 8-member, all female cast and crew of Kiinalik will mentor a youth one-to-one, during the Iqaluit reahearsals and production. Workshops begin for the The Qaumma Project in September 2018– a collective of stories about the strength of Inuit families, created by Vinnie Karetak. The Qaumma Project brings together Inuit actors from Nunavut and Greenland to share stories and skills in the making of original theatre. Pinnguaqqatigiit will also begin to workshop – a musical puppet show for Inuit children, featuring the music of Looee Arreak. Lastly, Qaggiavuut is also making plans to bring a contemporary Greenlandic theatre production to perform in Nunavut in 2019. 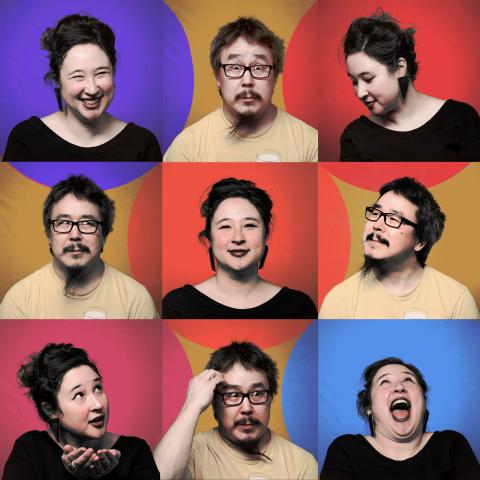