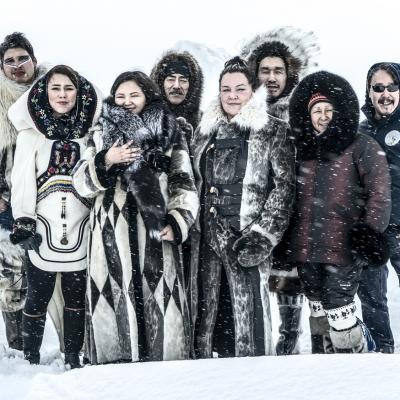 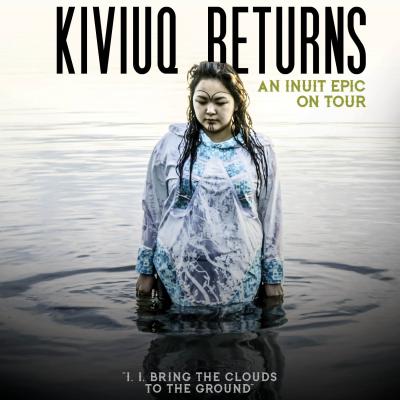 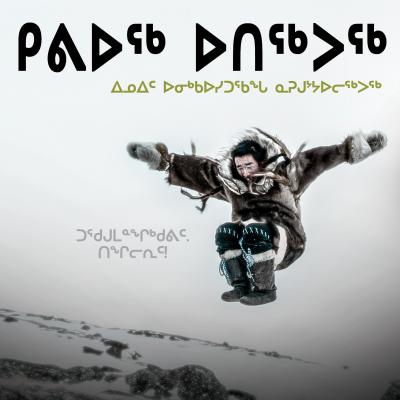 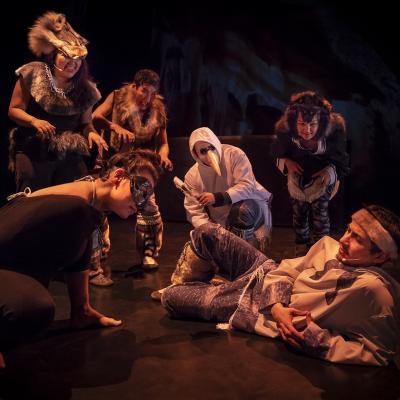 Kiviuq is the eternal wanderer; the legendary hero of Inuit stories from across the Arctic. Lost and betrayed, treacherous creatures wreak havoc in his world as he travels by dog team, kayak or ​on the back of a huge fish. He calls on his powers, the stories of his ancestors and his spirit guides​ to find his way home.

‘Kiviuq Returns’ is a one hour interdisciplinary performance that brings together Inuit music, drum dance, brilliant costumes and elder storytelling, in a contemporary retelling of Kiviuq's heroism and sorrows through the ages.

Between February and April 2017, Qaggiavuut filmed four elders- ‘Inumariit’- today's keepers of the ancient Kiviuq stories and the last Canadian indigenous people to have lived their lives traditionally on the land.

The Kiviuq stories they told were those they had listened to themselves as children in igloos, sealskin tents and sod houses. The script of ‘Kiviuq Returns’ was then structured by a small group of writers and then refined and developed by a collaborative team of elders, actors, musicians and drummers: the Qaggic Collective.

Rehearsals and staging began in Iqaluit in April 2017 and continued at the Isabel Bader in Kingston and the Banff Centre where the Collective built an interdisciplinary show that re-introduces the hero Kiviuq to a contemporary audience using traditional and contemporary performance genres, including the pisiit (ancient songs), throat-singing, drum dance, spoken word, contemporary music, video projections and theatre.

The cast and crew started rehearsing for a new rendering of Kiviuq Returns in August 2018 to prepare for it's international premeire at Nunatta Isiginnaartitsisarfia - The National Theatre School of Greenland, as well as for it's month long run at the Tarragon Theatre in January 2019.

Run at the Tarragon Theatre

'Kiviuq Returns' in the Globe and Mail July 2017