“We need to make more films in Inuktut in order to teach language and preserve and promote our culture in the Qitirmeot region.”

The sixteen participants will be bringing new video skills back to their home communities, creating a pool of emerging videographers across the Qitirmeot region, able to make short films to upload to Channel 51 cable TV, promoting Inuktut language skills and culture.

Qaggiavuut was invited to join the video project, contributing additional funding to enable the addition of a youth member from each community as well as sending Qaggiavuut’s own digital video trainer, Jamie Griffiths to join Pablo Saravanja and Jay Bulckeart from the Yellowknife Film Cooperative. Part of the week-long training includes learning how to film performing arts events and record traditional songs in order to raise the profile of Qitirmeot’s performing artists.

To strengthen the re-emergence of traditional Inuktut songs, Qaggiavuut’s  launched The Pisiit Project in October 2017, touring Nunavut communities to speak with elders and record the songs they offer, which will in turn be learned by the younger generation with the goal of creating a new Nunangat Choir comprised of singers from across all regions of Nunavut. 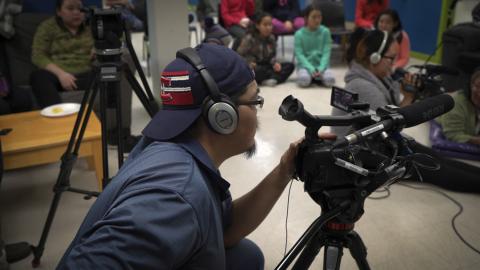 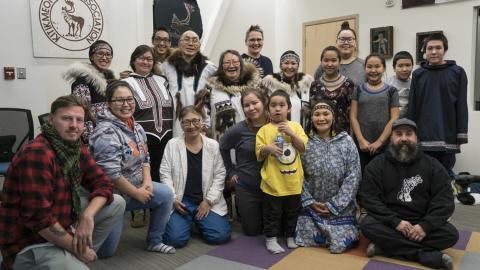 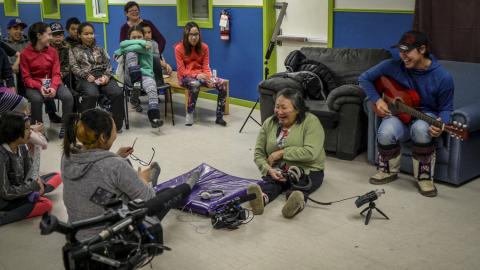