Qaggiavuut has filmed over 70 songs from knowledge-keepers across Nunavut. 8 of the pisiit are now digitized into an interactive app that can be loaded onto tablets and phones for learning the ancient music and understanding its terminology. The app is being piloted by 12 Inuit musicians who are using the technology to learn pisiit from the knowledge-keepers.

The musicians have formed an ensemble: Pisiit Nunangat/Arctic Song and are ready to go on the road with a 45-minute music production. The show features pisiit from across Canada’s Arctic as well as throat song and drum dance. The Arctic Song ensemble also facilitate children and youth workshops in Inuit music.

Qaggiavuut received support for the Digital Pisiit project from Canada Council for the Arts, Culture and Heritage Nunavut and Canadian Heritage.

For more information about the digital pisiit project and Arctic Song contact: 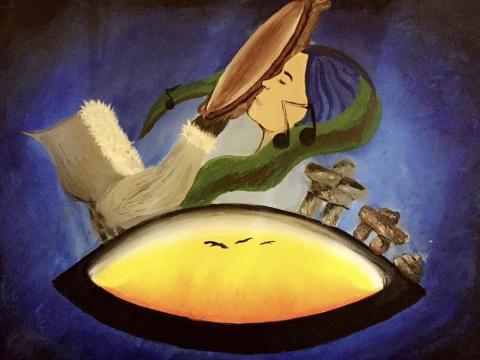