After 10 years of working to build a space for Inuit performing artists to create and present, Qaggiavuut commences a third-party feasibility study next week in Iqaluit. Consultants Savira Cultural Capital, based in Toronto, will work with Inuk Project Manager Kathleen Merritt over the next six months to determine the most feasible means to create space in Iqaluit for Inuit performing and visual arts, language and culture to flourish.

"The most important objective is the space to train and build performance skills," says Rhoda Ungalaq, Qaggiavuut's chairperson. "Our youth need a beacon of hope."

Qaggiavuut is a non-profit charitable society with a mission to strengthen, promote, advocate and create space for Inuit performing artists. Nunavut is the only territory/province in Canada without a performing arts space.

Qaggiavuut is spearheading a project to build Qaggiq: An Inuit Performing Arts & Cultural Learning Hub, a multi-purpose community gathering space and a campus for artists to build the skills they need to thrive on the world stage. This space is key to strengthening and preserving Inuit language culture and creating a stronger sense of community throughout Canada's rural north. 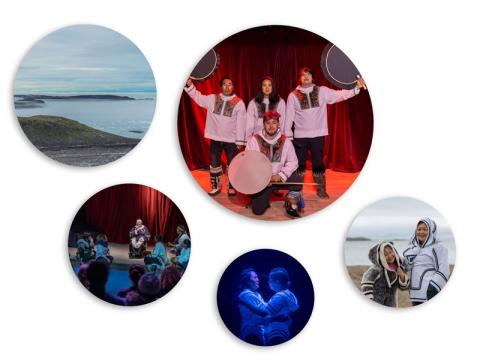