QAGGIAVUUT’S NEW EXECUTIVE DIRECTOR AND BOARD OF DIRECTORS

September 29, 2020– IQALUIT (Canada) –Qaggiavuut welcomes a new Board of Directors and a new Executive Director.

Pitseolak Pfeifer is the new Executive Director of Qaggiavuut following months of succession planning that began in January and involved a reorganization of the society. Mr. Pfeifer succeeds founding Executive Director Ellen Hamilton.

Mr. Pfeifer who is born and raised in Iqaluit has a background in management and academic research with a focus on Inuit values. He takes the helm at Qaggiavuut, a non-profit society dedicated to strengthening Nunavut’s performing arts community. A major goal of the Qaggiavuut Society is to build the Qaggiq, a performing arts and cultural learning hub in Nunavut.

Qaggiavuut is governed by a pan-Nunavut Board of Directors who were elected at the recent Annual General Meeting and include Chairperson Terrie Kusugak, Vice-Chairperson Christine Tootoo, Secretary-Treasurer Omanola Djalogue, Derek Elias, Nobe Khumalo, Pallulaaq Friesen and Youth Representative Mia Autut. 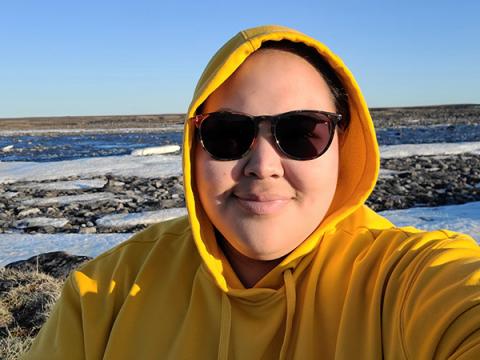