QAGGIAVUUT pleased to announce that COLLEEN NAKASUK and JERRY LAISA, two Inuit youth artists from Nunavut have started rehearsals for a dynamic cross-country musical production called The Dream Catchers, based at the Confederation Centre in Charlottetown, Prince Edward Island. Says Jerry Laisa: “I'm excited to be around all the talented people!”

THE DREAM CATCHERS is a musical quest to find hope for the future and dares you to believe that no dream is too small. Take hip hop, spoken word and folk; blend it with contemporary and Indigenous dance; choose 26 of the most diverse and exciting young performers from across the country and experience The Dream Catchers. The show is a vibrant music and dance filled spectacle that explores the dreams of young Canadians through a lens of reconciliation, inclusion and the environment. Colleen Nakasuk explains, “I’m grateful to have the opportunity to teach a large audience about Inuit culture and history. We will be doing about 6-10 performances a week so we will be exposing Inuktitut to a lot of people!” 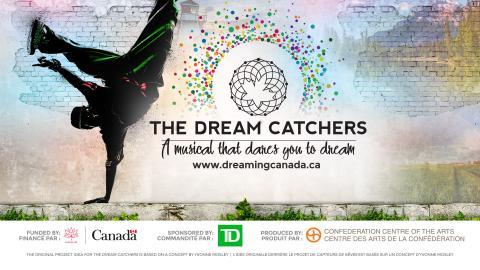